In 6L we have started doing weekly challenges! Last week, I set a writing challenge where pupils in 6L has to start their story with a certain line and include a plot twist! I received lots of brilliant stories which were all a pleasure to read. However, I have decided that the story below is the winning story. This is becuase the author has used lots of ambitious vocabulary (something which is a class target of ours!), included a brilliant plot twist and also as this story has a lovely moral. I hope that you all enjoy reading this story as much as I did and well done again for all entries!!

The boy of un-wealthy welfare

The two coins in his pocket clinked together as he stumbled down the cold pavement, the holes in his shoes turning his feet into blocks of ice. His heart was warmed though in the knowledge that he was rich. Although, he wasn't always this way. Charlie Cooper was a very impoverished young boy, he found his riches when he was walking from the grocers after spending the last shilling in his household. When he was about to walk into his grimy home in a very nasty and heartless area, he found two very rusty and metallic golden coins, his heart skipped a beat and he jumped up into the air with joy! He told his very ill-treated and sick mother, who just the same as her young boy jumped into the air swaying her long, brown and not well washed hair. Later on, Charlie and his mother, Mary travelled to a store they had only walked past, and they never even dreamed of going into it, yet there they were.

The shop glowed and emitted a warm aroma and as Charlie walked up to the shopkeeper he said " Hello sir, how much would you pay for these coins?" and the shopkeeper just stared until he excitedly said "Boy, these may be some of the earliest Anglo-Saxon coins ever made! "I'd pay you one-hundred and twenty-thousand shillings for the both of them!" Charlie instantly accepted the deal and became a rich boy. Charlie Cooper from that day moved out of his small ugly house and moved to a grand manor. He also got his sick mother, who had typhoid, the best healthcare he could find and much, much more!

Charlie, every week welcomed his friends and family to his manor and had a great feast with food, drink, entertainment and laughter! After they left every Saturday Charlie got more and more sophisticated and if any of his friends did anything uncivilized Charlie would banish them of the grounds and eventually, Charlie's great Saturday feast became nothing more than him and his mother eating food at opposite end of the table. Soon, Charlie became lonely and he missed having friends and he tried to see where he started losing friends and it was when he had become wealthy, but at what cost?

Charlie wanted his friends back and so the next Saturday, before the party, he travelled to all his friends and apologised, and that night, it was the biggest party he had he had ever had and he had the most fun he had had in weeks! It was then that Charlie understood that money could buy you everything except friendship.

With the money he had left he bought his friends houses too and they all lived near each other and had feasts between them all every week. Charlie got everything he had ever wanted and still had five shillings to spare and so he went to all the homeless people and gave them all one shilling each and though it wasn’t much, it was food nevertheless.

Charlie's friends and family lived out their live's seeing him as a hero but little did they know that they had been living a lie as the rare and precious Anglo-Saxon coins- that had changed their lives forever- were actually stolen. Although Charlie was a hero in everyone else’s eyes, his conscience was as deep as the grand canyon and he vowed to take his deep dark secret to his grave for eternity. The moral of this story is to accept the wealth that you have, as friendship is the one thing that money can't buy and also anything gained by cheating is good at first but later on it becomes tainted. 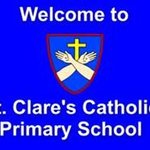 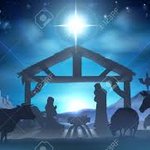